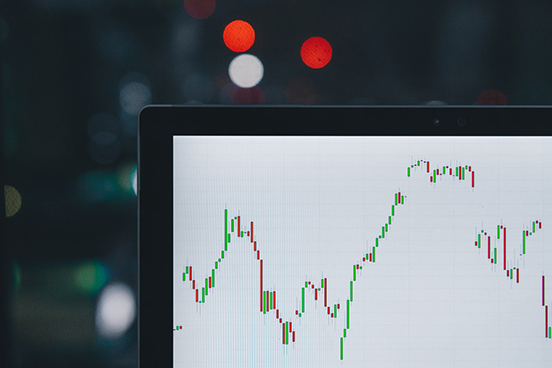 By Mohammed Assayed, Head of M&A and Restructuring

Regulating market abuse comes at the heart of the integrity of global financial markets and increasing investor confidence, which is considered one of the main pillars for a stable and healthy financial market. Market abuse can occur in circumstances where either investors have been directly or indirectly disadvantaged by others who have access and used material non-public information for their personal benefit, known as ‘insider trading', which is the focus of this article. Market abuse can alternatively occur where investors have been directly or indirectly misled by others who spread fake information and actions to influence the market price of a certain company for their personal gain, known as ‘market manipulation'.

In this article, we will go through the UAE current regulation(s) on insider trading, particularly Chapter 5 of the Federal Law No. 4/2000 Concerning The Emirates Securities & Commodities Authority And Market, evaluating it in the light of the two different, though well established regulation systems. On the one hand, we have the United States (the US) approach, which has proven to be a specific and regulated approach developed around the important idea of fiduciary duties. On the other hand, we have the European Union (the EU) approach, where regulating inside information is handed to regulatory bodies.

person and having a connection with trading activities to disclose any information related to his activity. Article 33 of Federal Law No. 4/2000 further gave SCA the authority to open up an investigation it deems necessary under its sole discretion. In Article 34 and 35 of Federal Law No. 4/2000, there is an important layer of duty on listed companies to enhance market integrity and therefore investor confidence by promptly disclosing to SCA any relevant information that might have an impact, whether positive or negative, on the Company's stock market price, and SCA reserves the right to publish such information to the public.

Article 37 of Federal Law No. 4/2000 expressly prohibited the use of material non-public information which might have an impact on the stock price. Article 39 of Federal Law No. 4/2000 further emphasised the point for a fiduciary, i.e., insider, to deal with material non-public information by a virtue of their position. Additionally, it is not permissible for any person to spread rumours or exploit insider information in regards trading in shares, including the corporation's chairman, members, managers and employees.

Article 38 of Federal Law No. 4/2000 permitted the company insiders to trade for themselves under their personal accounts or vis others, subject to disclosing the details of their potential trade(s) and obtaining the appropriate approvals. Nonetheless, In a recent and welcome move, the SCA expanded and implemented a fresh set of corporate governance regime, which has a potential positive outcome on market misconduct, by enacting Securities and Commodities Authority Board Decision No. 3/R.M/2020 Concerning Approval of Joint Stock Companies Governance Guide. Securities and Commodities Authority Board Decision No. 3/R.M/2020 clearly highlighted the duties and obligations of the incorporation fiduciaries including the chairman and board members.

Under Securities and Commodities Authority Board Decision No. 3/R.M/2020, trading by board members in the incorporation's shares needs a pre-approval from the exchange in which the incorporation is listed, i.e., Dubai Financial Market (DFM), Abu Dhabi Stock Exchange (ADX), or Nasdaq Dubai (Nasdaq). It is now the personal responsibility of the board member(s) to comply with such obligation. Interestingly here, Securities and Commodities Authority Board Decision No. 3/R.M/2020 made the chairman responsible of ensuring board members are complying with such important obligation. Such extra level of monitoring can promote a proactive role to the chairman to further promote market integrity.

Furthermore, it is now the responsibility of the chairman to disclose to all shareholders at the annual general assembly of all the board members trading transactions in the shares of the incorporation. Such disclosure must contain the details of the transaction, justification of the direct or indirect interest of the involved board member and a report from the company's external auditor on such transaction.

Regulation of insider trading in the US: Historical case law development

The US contribution to the regulation of insider trading is considered the corner stone and technically the benchmark where most regulators and market constituents use, which mainly attributed to two main factors, first, the long standing history the US has for such regulation. Second, the well-developed capital markets.

The prohibition of insider trading has been developed via a non-systematic and often contradictory list of case law, legislative acts, and Security Exchange Commission (the SEC) regulations. In the Security Exchange Act (the SEA) 1934, very little guidance for insider trading particularly was provided by prohibiting short-swing profits, where it prohibits corporate directors from short sale the stock of their own corporations. In addition, we have the SEC Rule 10b-5 under the SEA, although it does not explicitly mention insider trading, it is considered the first and main prohibition of insider trading, as it prohibits the employment of manipulative and deceptive practices in capital markets. Furthermore, the SEC issued Rule 14e-3 recently, which prohibits insider trading during takeovers transactions.

Nonetheless, the SEC Rules are not considered primary legislations, they are not adopted by the Congress. They are simply considered rules of a body that regulates capital markets in the US. Therefore, judicial interpretation for such rules is essential. As such the SEC introduced the principle of ‘disclose or abstain' which leads to any insider who is in possession of material non-public information must either disclose or abstain from trading on such information. The underlying rational behind this was again the theory of equal access of information, i.e., all investors should be granted an exactly similar information when trading. Such broad scope and interpretation is known as ‘parity of information'.

What about a scenario where a trader who trades based on inside information neither obtained from corporation nor any of its insiders, however unlawfully obtained and used? The answer to that essential question is simple to mention, however raises several interpretative issues, known as ‘misappropriation theory'. It suggests that whenever a fiduciary uses information which belong to their employer for personal profit, without disclosing such use, they commit a fraud in connection with buy or sale transaction, and therefore is caught under Rule 10b-5.

Regulation of insider trading in the EU: Statute development

By contrast to the US approach, the EU adopted a much broader one, which arguably prescribed as more prescriptive and provides more emphasis on supervision and enforcement compared to the US. Insider trading in the EU is currently governed by Regulation 596 of 2014 (the Regulation), which supersedes the 1980 Directive, along with very little case law. It is worth mentioning here that post the financial crisis, the EU financial regulation is getting more centralised, thus we are experiencing a transition from directives to regulations, as regulations are binding in its entirety in the laws of the Member states, where the directive leaves the choice for implementation to the Member state.

Pursuant to Article 8 of the Regulation, insider trading is prohibited and defined as follows:

In the Regulation, it describes the situations where insider trading is engaged. Firstly, one must not engage in insider trading themself. Second, they are not to recommend or induce a person to do so, i.e., tippee. Third, they must not unlawfully disclose inside information. In Paragraph 4, insiders are defined and categorised between primary and secondary insiders. A primary

Under the Regulation, the issuer has a duty to disclose any inside information which involves that issuer directly, in a quick, timely, complete and correct manner, i.e., it must be in line with the strong efficient market hypothesis. Additionally, pursuant to Article 18 of the Regulation, there is a duty on the issuer to list all insiders and update such list regularly.

Case law on the other hand has established a very important test to identify an insider trading. First, is the individual an insider? Second, is this same individual in possession of insider information. Finally, did they actually trade? If the test is satisfied, then there is no need to additionally prove the use of the information to trade. The court further says that such presumption can lead to criminal liability, and it is for the insider to refute the presumption and come up with another explanation, i.e., the burden of proof is on the insider.

To recap, the UAE has taken good and constructive steps in regulating capital markets and preventing insider trading by implementing the broader EU approach to a certain extent through Federal Law No. 4/2000. However, further administrative and criminal sanctions are still required along with further enhancement of corporate governance and transparency, which will positively enhance investor's confidence (international and local) in the UAE capital markets, and thus increase the level of foreign direct investment and enhance the macro picture of the UAE economy.