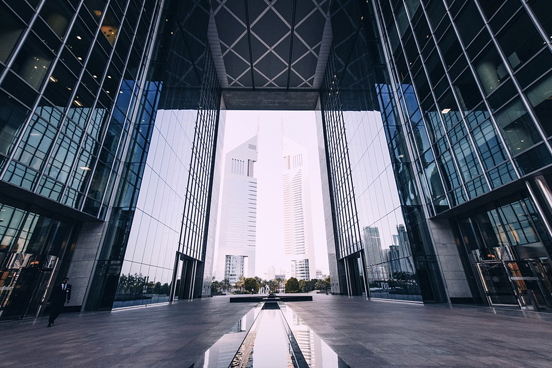 Foreign award creditors wishing to enforce an arbitral award in Dubai often face a dilemma as to whether to enforce it through the courts of Dubai (the so-called onshore Dubai courts) or through the courts of the Dubai International Financial Centre (DIFC). The DIFC courts have their own jurisdiction and operate in a common law system, whereas the onshore Dubai courts are a part of a civil law system. Apart from this distinction, there are other practical differences between these two court systems when it comes to recognition and enforcement of foreign arbitral awards.

DIFC courts
The DIFC courts have been consistent in adopting an arbitration friendly approach and they have established a reputation for being more inclined to recognise and enforce a foreign arbitral award than the onshore Dubai courts.

Onshore Dubai courts
The onshore Dubai courts have a reputation of being less arbitration friendly and less prepared to enforce foreign arbitral awards than the DIFC courts. Parties have on occasions faced judicial interventionism, including a review of the merits of an award. For example, in March 2016, the Dubai Court of Appeal refused to enforce a London-seated arbitral award because it was not satisfied that the UK was a party to the New York Convention. This decision was corrected in the Court of Cassation, however it provides an illustration of the anti-enforcement approach which was sometimes adopted by certain judges of the onshore Dubai. Such approach is less likely now in part due to the continuing modernisation of the legal system within Dubai and the UAE, and in part because the UAE Arbitral Law (Federal Arbitration Law No. 6 of 2018) came into force on 15th June 2018, which has streamlined and facilitated enforcement of domestic arbitral awards in the onshore Dubai courts. Whilst this primarily applies to domestic awards, it is perceived that it has generally assisted in leading to a shift in judicial attitudes towards enforcing arbitral awards in general. Nevertheless, the onshore Dubai courts are still perceived as less inclined to recognise and enforce a foreign arbitral award than the DIFC courts.

DIFC courts
Parties in the DIFC courts do not have an automatic right of appeal. An appeal can only be launched if the court grants permission. If permission is granted, the court usually orders a stay of the execution of an award for the duration of the appeal proceedings. Further, a party which is unsuccessful in appealing a DIFC court decision (including if the application for permission is dismissed, or if after permission is granted the appeal is then dismissed) may be liable to pay the opposing party’s cost of opposing the application/appeal.

Onshore Dubai courts
There is an automatic right of appeal in the onshore Dubai courts, and there are limited adverse costs consequences for the unsuccessful party. Appeals therefore are often brought with little chance of success. The appeal proceedings usually have the effect of staying the execution of an award until the appeal proceedings are disposed of. This of course causes delay and additional expense.

DIFC courts
The DIFC courts usually render a decision on the recognition and enforcement of a foreign arbitral award within a week..  If the court is satisfied with the application, it issues an ex-parte order enforcing the award. If this ex-parte order is challenged by award debtor, it can take a longer period to resolve, ranging from four weeks to a longer period. If there is a challenge in Joint Judicial Committee, then of course, this takes longer, and can delay matters for 6 months or more.

Onshore Dubai courts
Onshore Dubai courts are required  to issue an order no later than three days of the submission date. If an appeal is filed, the court will usually order a stay of the execution until the appeal proceedings are resolved, which usually takes around 1-3 months.

DIFC courts
The DIFC courts’ proceedings are conducted in English, and accordingly all documents that are not in English need to be translated into English.

The amount of the court fee payable in the onshore Dubai court and in the DIFC court differs significantly, however the fee is recoverable from the award debtor in both courts.

DIFC courts
The DIFC courts’ fee depends on the awarded amount. As of December 2020, the amounts are as follows.

When it comes to enforcement of a foreign arbitral award in Dubai, there are potential benefits and risks associated with both the onshore Dubai courts and the DIFC courts. One-size-fits-all approach cannot be adopted when selecting between these courts, as the choice will depend on the client’s circumstances and preferences. It is however still true that the DIFC courts are perceived as a safer option in most cases. This perception may be outdated now, and it remains to be seen whether the onshore Dubai courts can establish a solid reputation for being as open towards recognition and enforcement of foreign arbitral awards as the DIFC courts.