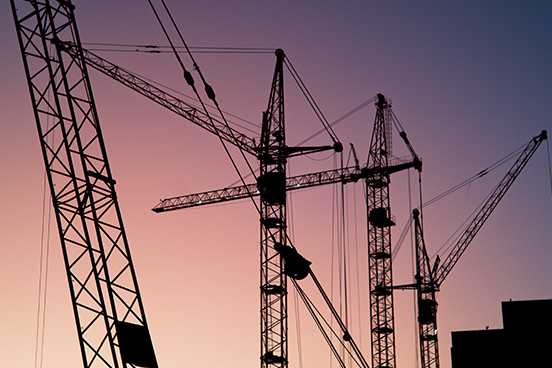 Unsurprisingly, many international developers and contractors are unsure of the enforceability of liquidated damages clauses in the UAE, and consequently remain uneasy when a resulting claim arises.

The purpose of this article to alleviate some of this uncertainty by setting out a courts options when determining a contractor’s liability thereunder.

What are Liquidated Damages?

Liquidated damages are a sum of money – often calculated by way of a formula – that can be recovered if a party breaches their obligations under the contract. The sum (or the method to calculate such sum) must be expressly agreed upon by the parties at the time of entering into the contract and should be a good faith attempt at predicting the extent of actual damages that could be suffered by a party (e.g. the employer in construction contracts).

Liquidated damages clauses usually apply to a specific type of contractual breach, for example, in construction contracts the breach is typically a delay in completion.

Such limitation of liability is recognised and valid pursuant to Article 390(1) of Federal Law 5/1985 (the “Civil Code”).

1-The two contracting parties may fix, in advance, the amount of damages either in the contract or in a subsequent agreement subject to the law provisions.

2-The judge may, in all cases, at the request of one of the parties, amend such an agreement, in order to make the amount assessed equal to the prejudice. Any agreement to the contrary is void.

Liquidated damages are recognised under UAE law and are upheld by courts and arbitral tribunals in the UAE.

A liquidated damages clause obliges a contractor to pay an agreed amount in the event of a delay in the execution of the agreed work. It is a penalty requirement in accordance with Article 390 of the Civil Transactions Law.

Sub-clause 8.7 of the FIDIC Yellow Book sets out the following clause:

These delay damages shall be the only damages due from the Contractor for such default, other than in the event of termination under Sub-Clause 15.2 [Termination by Employer] prior to completion of the works. These damages shall not relieve the contractor from his obligation to complete the works, or from any other duties, obligations or responsibilities which he may have under the Contract. (emphasis added)

As seen above, liquidated damages clauses often also provide for a cap on a party’s liability. While this is beneficial to the party allegedly in breach of its contractual obligations, such cap may limit an aggrieved party from recovering the full amount of its losses (such as loss of profits).

A party claiming damages must satisfy a tripartite test to establish a claim for compensation under UAE law, namely:

These three elements are well founded in UAE jurisprudence. As set out by the Court of Cassation:

It is well established by this Court that the liability, whether it is contractual or tortious, cannot materialise unless all of its three elements: breach/tort, damages and causality/the link between the damage and the breach/tort, are met. The compensation cannot be awarded unless all the elements are met.  As a result, it is not sufficient to hold the respondent liable and order it to pay compensation accordingly materialisation of the element of the breach/tort alone without proving the element of the damage.  The burden of proof of the alleged damages lies upon the creditor.

When a party founds its claim on a liquidated damages clause, a court has three options:

When upholding a liquidated damages clause, the court will undoubtably interpret the clause in order to ascertain its applicability.

Articles 265 and 266 of the Civil Code state the following:

1-When the wording of a contract is clear, it cannot be deviated from in order to ascertain by means of interpretation the intention of the contracting parties.

2- Where the contract has to be construed, it is necessary to ascertain the common intention of the contracting parties and to go beyond the literal meaning of the words, taking into account the nature of the transaction as well as that loyalty and confidence which should exist between the parties in accordance with commercial usage.

1-In cases of doubt, the construction shall be in favour of the debtor.

2-The construction, however, of obscure expressions in adhesion contracts must not be detrimental to the adhering party.

It therefore follows that, if a contractual clause is clear, a court will interpret it in an effort to follow the literal meaning. Alternatively, if there is ambiguity as to the contractual clause, a court may look to the parties’ mutual intention and conduct to decipher the true meaning of the clause.

Accordingly, if the liquidated damages clause specifically cites the type of breach and the preestablished formula or affixed quantum to be paid by the defaulting party, the court is likely to uphold the clause.

Another option that courts have in the UAE is to amend a liquidated damages clause (either decreasing or increasing the sum to be paid by the defaulting party). This is a highly controversial point for common law practitioners.

While Court of Cassation judgements are not binding, they are highly persuasive and are often followed by lower courts. Ultimately, the trial judge has discretion in making the assessment of whether the harm actually occurred, and if the trial judge assesses that there is no breach, there can be no claim.

Trends in jurisprudence suggest that courts are only inclined to exceed a limitation of liability in certain exceptional circumstances.

A liquidated damages clause may be amended by a judge in exceptional circumstances, at the request of a party. The burden of proving that the compensation sought exceeds the damage, is that of the injured.

a)       the claimant’s failure to establish its entitlement to liquidated damages (i.e. a contractual breach); and

b)      the termination of the primary obligation.

It is evident that legislation permits the enforceability of liquidated damages clauses, and courts are content in upholding them.