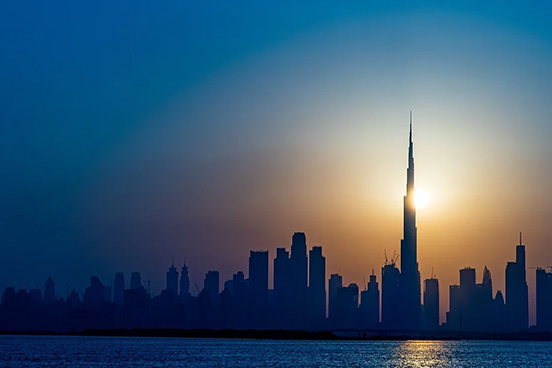 On Saturday 7th November 2020, an unexpected announcement was delivered on behalf of the UAE government, in which His Highness Sheikh Khalifa Bin Zayed Al Nahyan issued a number of presidential decrees that amended certain articles in the Personal Status Law, the Federal Penal Code, and the Federal Penal Procedural Law.

These amendments are consistent with the UAE’s drive to anchor its progressive principles of tolerance and acceptance in today’s society. Certainly, His Highness has made no secret of the UAE’s commitment to establish the country as a preferred and desirable region for individuals to not only visit, but also reside and work.

Reforms to laws include those governing expatriates’ wills and inheritance, marriage and divorce, harassment and assault crimes, consensual sex, indecency, suicide, and alcohol consumption will be discussed further in this article.

Amendments to the Personal Status Code No. 28 of 2005, and the Civil Law now permits expatriates, residing in the UAE to select the law that would be applied to their inheritance upon death. This means that inheritance will be dealt with as per the nationality of the deceased person at the time of death. With regard to the general terms of the will and other related post-mortem terms, these will be addressed according to the law specified in the will. In the instance this is not specifically mentioned, the law of the country of the deceased’s nationality at the time of death will be applied. However, there is one exception, which is that real estate purchased in the UAE will be managed according to UAE laws.

A further key development in the Personal Status Code is in relation to divorce, separation and the division of assets. It is now stipulated that the laws of the country, in which the marriage took place would be applied with reference to the personal and financial terms of the marriage contract, the divorce or the separation agreement instead of the law of the husband’s country at the time of the marriage. Furthermore, amendments to the Civil Law mean that one partner in a venture is permitted to sell that entire venture, should they not be able to sell their share to the other partner in the venture, pending permission granted by the court. The proceeds would then be divided equally, as per the value of each share.

With regard to Penal Code No. 3 of 1987, major amendments have been issued. Perhaps, the most prominent change is the abolition of an article in the law that reduces the punishment for the so-called “honor crime”. Under the new reforms, such a crime shall not be distinguished as “protecting the honor” of a female but rather, shall be treated as similar to any other assault including murder. This marks a significant legislative transformation for the protection of women’s rights. Furthermore, tougher punishments have been brought in for males who subject females to harassment of any kind. This amendment is considered a reiteration of legislation enacted last year, which brought in harsher offences for harassment.

The UAE legislation, in line with the principles of Sharia law, previously considered the cohabitation, among people of opposite genders, who are not married or blood-related illegal. This is based on the Tawajed clause, which states that people of the opposite sex cannot be alone together unless they are married or related.

Under the previous provisions of the Penal Code, Article 356 stated that anyone convicted of engaging in consensual sex outside of marriage, and if caught under such circumstances, may be subject to punishment with a jail sentence, followed by deportation. This has now been abolished. However, consensual sex will be punishable by law if the victim is under the age of fourteen (14) years or has additional learning needs / mental health challenges. An individual convicted of such a crime would be subject to the death penalty.

Article 358 of the Penal Code which relates to offences that violate public decency previously stipulated that an individual who commits an “indecent act” e.g. such as engaging in public displays of affection, can be punished by a jail term of no less than one year. This has now been reduced to a fine instead of a prison sentence, for a first-time offender.

The law on suicide is governed by Article 335 of the Federal Penal Law and under this provision, it was an offence to attempt suicide, irrespective of the reason leading to the decision. Furthermore, an individual who attempted to take their own life, or assist others in that regard may be prosecuted, fined or imprisoned. Under the new amendments, the court may now show discretion and direct individuals who have attempted suicide, toward a treatment institution. On this subject, it is also vital to note that an individual who attempts to intervene in a perceived “suicide situation” (a so-called “Good Samaritan”), will not be held liable for the outcome of that situation. Indeed, the new law states ““if you want to give help or assistance in an emergency and that person gets harmed [as a result] you will not be punished.”

The consumption of alcohol as governed by the UAE federal laws, is now, no longer considered a criminal offence. This means that an individual who consumes alcohol, or is in possession of alcohol, or indeed, sells alcohol in authorized areas, without an alcohol licence will no longer face penalties. It is worth noting that the legal age to drink alcohol in the UAE is twenty-one (21) years, and an individual or business caught selling alcohol to an “under-age” person, will be subject to punishment. Furthermore, the consumption of alcohol in public places remains prohibited.

Under the Penal Procedural Law No. 35 of 1992, there has been an amendment which now stipulates that authorized police officers must engage the services of an interpreter, on behalf of a suspect, victim or a witness, should that individual not understand the Arabic language.

A second amendment related to the sharing of personal information, means that authorized police officers are now, not permitted to reveal the personal identity of a victim in cases that concern offences of a sexual nature including: rape, abuse, indecency, prostitution or where the case involves the safety of a minor.

It is compelling to consider whether this global pandemic has played a role in triggering these radical amendments, and the answer is almost certainly, yes. Indeed, on the day that the new amendments were announced, His Highness Sheikh Mohammed bin Rashid Al Maktoum, Vice President, Prime Minister, and Ruler of Dubai spoke at a meeting to commemorate the UN Convention and highlighted the UAE’s experience in dealing with the COVID-19 crisis, stating that the country’s response was to transform the challenges posed by the pandemic into “opportunities for innovation, sustainability and human development”.

These legislative reforms mark some of the most radical changes ever applied to UAE legislation and are demonstrative of the UAE’s recognition of its ever-evolving cultural identity, and the need to apply relevant legislation. The amendments have been overwhelming welcomed by the expatriate population, and it is hoped that they continue to evolve which seems highly likely, given the UAE’s desire to boost its status and capability as one of the world’s most attractive destinations for foreign expertise and investment.