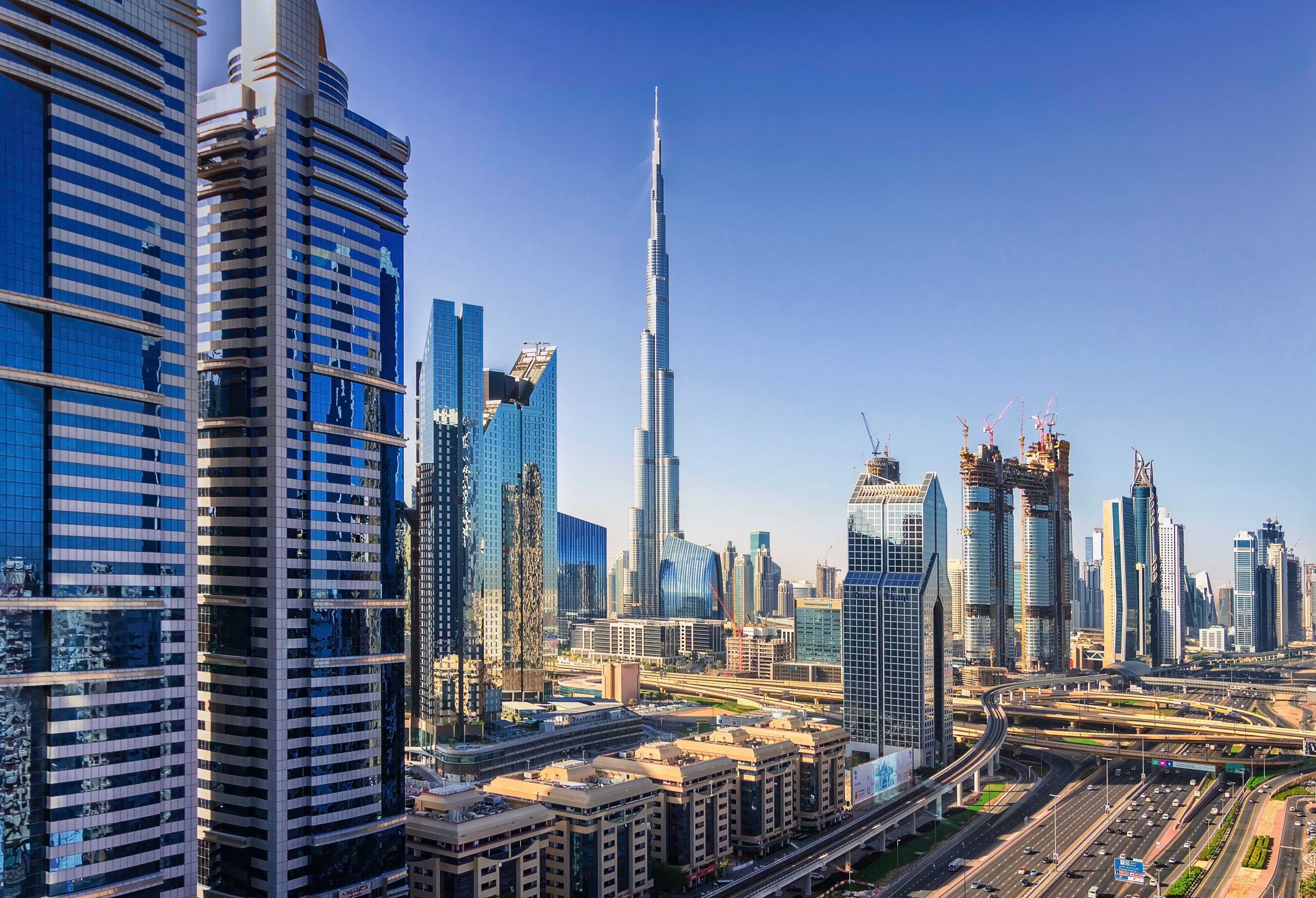 The United Arab Emirates (UAE) economy has grown substantially in recent years, with Dubai having established itself as a global hub for financial services. Dubai, in particular, continues to attract impressive levels of foreign direct investment – predominantly from China and the US – following the establishment of the Dubai International Financial Centre (DIFC) in 2004, the promulgation of the long-anticipated Federal Decree-Law No. 19 of 2018 on Foreign Direct Investment on 23 September 2018 (FDI Law), and the announcement that the city would be hosting the World Expo in 2020. The hundreds of construction sites for new developments, seen throughout the city, attest to Dubai’s period of economic prosperity.

International arbitration has become one of the preferred means of dispute resolution for entities engaged in the construction sector, including those operating in the UAE. In addition to the development of regional arbitration institutions such as the Dubai International Arbitration Centre (DIAC) and the DIFC-LCIA Arbitration Centre, the Federal National Council – the UAE’s legislative branch – has also introduced a number of significant reforms in an attempt to make the UAE a more ‘arbitration friendly’ destination. The most notable piece of legislation in this regard is the enactment of Federal Law No. 6 of 2018, the first domestic standalone law on arbitration (Federal Arbitration Law). Prior to its entry into force, arbitration was governed by Articles 203-218 of the UAE Code of Civil Procedure (CPC), which has now been repealed.

Although there has been widespread online publication of these developments, many practitioners unfamiliar with the domestic legal framework still express scepticism when faced with the possibility of participating in arbitration in the UAE, either as counsel or as arbitrator. The purpose of this article is to allay some of the more common, yet now unwarranted, fears or ‘myths’ that continue to discourage counsel from arbitrating in the UAE, by providing some insight into the more important reforms recently introduced by the legislator.

‘Arbitrators may be imprisoned for failing to act objectively’. Legislators in the UAE made headlines when they announced a controversial amendment to Article 257 of the UAE Penal Code in 2016. Under the amended provision, arbitrators, experts, translators and investigators – appointed by an administrative or judicial authority or the parties to a dispute – faced imprisonment if found to have acted contrary to the duty of objectivity and integrity in performance of their professional mandate. The impact of this reform was immediate: many otherwise willing arbitrators (and experts) turned down appointments to act in arbitrations in the UAE and counsel advised their clients against signing arbitration agreements which provided for dispute resolution in the UAE.

This version of Article 257 was, unsurprisingly, short-lived. The provision was subsequently amended by Federal Decree No. 24 of 2018, which significantly reduced the scope of its application. As it now stands, Article 257 no longer extends to arbitrators and only applies to experts, translators and investigators appointed by administrative or judicial authorities (but not to party-appointed professionals). Furthermore, this provision now focuses on deterring dishonesty, whereas the previous version also punished individuals for a lack of impartiality. ‘Arbitral awards issued in the UAE must be physically signed by the arbitrators in the UAE’. A second concern, particularly among arbitrators, was the strict requirements that arbitral awards made in the UAE – even if made in connection with a dispute between one or more non-UAE parties – had to be physically signed in the UAE in order to be domestically enforceable. Article 212 (4) CPC previously required that arbitral awards had to be issued in the UAE to qualify as a “domestic award” and thus benefit from domestic enforcement proceedings. The language “issued in the UAE” was a particular source of confusion for both local judges and arbitration practitioners, as it remained unclear whether each and every member of the arbitral tribunal had to physically sign the award for it to qualify as a domestic award. An arbitral award issued in an arbitration based in the UAE, yet signed by one or more arbitrators outside of the UAE, exposed the award to potential challenge during the subsequent enforcement phase. Many arbitrators therefore would travel to the UAE after closing of the arbitral proceedings, albeit grudgingly, for the sole purposes of physically signing the award, for fear that executing it elsewhere would result in the award’s annulment.

The ambiguity concerning signature of the award has now been resolved under the Federal Arbitration Law. Under Article 41(6), an arbitral award “shall be considered rendered in the arbitral seat notwithstanding it may have been signed by the members of an arbitral tribunal outside the place of arbitration”. In other words, an award issued in an arbitration seated in Dubai will not be held invalid merely because it was signed by the arbitrators outside of the UAE. Moreover, Article 28 of the Federal Arbitration Law confers upon tribunal members flexibility when conducting the proceedings by allowing them to convene meetings and hearings anywhere (including outside the arbitral seat).

‘Enforcing an award issued in the UAE requires starting from square one’. Prior to enactment of the Federal Arbitration Law, enforcement of an award issued in the UAE required ratification by a domestic court. A party seeking to enforce the award had to commence proceedings before the Court of First Instance, during which the other party would often raise myriad procedural objections (including trivial ones) in an attempt to invalidate the award. Parties with a favourable award were also frustrated by the fact that there was no legally set deadline by which the judge had to render his decision which, in any event, was then subject to appeal both before the Court of Appeal and the Court of Cassation. A party seeking to enforce an arbitral award therefore faced the risk of having to endure three stages of litigation, during each of which the award could be held invalid. Moreover, the CPC did not impose a time-limit by which an opposing party could file a set aside action, thereby further jeopardising a party’s ability to recover with a favourable award.

The enforcement of awards issued in the UAE is now relatively straightforward under the Federal Arbitration Law. Article 55 requires a party to submit an application with the chief justice of the Court of Appeal of the Emirate pre-stipulated by parties or which the arbitration was carried out within its area of jurisdiction. The award must be confirmed and enforced within 60 days from submission of the application, unless the chief justice of the Court of Appeal or the judge delegated by him or her determines that there are one or more reasons that may call for the nullification of the arbitral award as mentioned in clause (1) of Article 53 of the Federal Arbitration Law (Article 55 (2) of the Federal Arbitration Law). In such event, the 60-day period may be extended, but an extension does not necessarily mean that the award shall be set aside. Finally, parties intending to challenge an award only have 30 days from the date in which the notice of the award was deemed to be served or during the ratification proceedings, to initiate a set aside action, after which, such right is extinguished (Article 53 (1) and 54 (2) of the Federal Arbitration Law).

There is little argument that arbitrating in the UAE was once a somewhat ‘perilous’ endeavour, given the risks practitioners faced when acting in domestic arbitrations and, if successful, later seeking to enforce an award before local courts. This has now changed following the promulgation of the Federal Arbitration Law, with which the Emirati legislator has sought to rebrand the UAE as a more attractive seat for arbitral disputes in line with other popular forums worldwide. These reforms should lay to rest any misplaced fears lawyers may still have about arbitrating in the UAE.

These amendments have only been recently enacted and therefore it remains to be seen the extent to which they have benefitted the local arbitration market. However, given the optimism expressed by many legal commentators, as well as the large number of construction projects found throughout the UAE (most of which are based on contracts which envisage arbitration in the event of a dispute), it is likely that domestic arbitration institutions will witness a substantial increase in their caseloads in the near future.