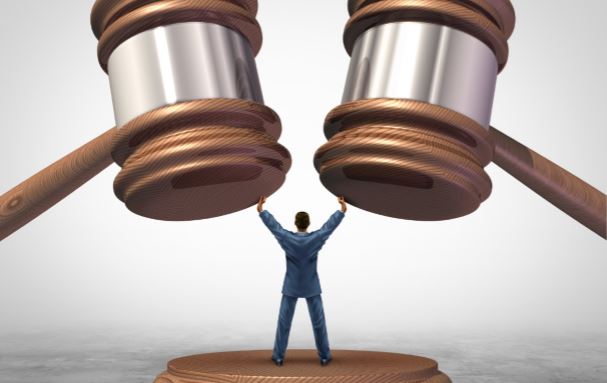 Q. What factors often influence parties in their choice of arbitration over litigation? Could you outline some of the key benefits of the arbitration process for those involved?

A: Various considerations encourage parties to pursue arbitration rather than litigation in the event of a commercial dispute. First, parties to an agreement are often from different jurisdictions and prefer to avoid litigating in a foreign jurisdiction where they are unfamiliar with the legal framework. Second, arbitration allows the parties to nominate the arbitrators who will decide the dispute or, at the very least, express a preference over their qualifications. This is particularly important for parties involved in technical cases, such as construction or intellectual property (IP) disputes, where a judge may not be as experienced as an arbitrator specialised in the industry. Third, arbitration awards are confidential and not disclosed to the public, an important consideration especially for publicly traded companies. Fourth, standard arbitrations are generally faster than court proceedings, taking on average between 18-24 months from the filing of a request for arbitration for a final award to be issued. Fifth, arbitral awards are binding and generally not subject to appeal. Although an award can be set aside by a local court, the grounds to challenge its validity are relatively limited. Finally, the enforcement of arbitral awards in other jurisdictions is relatively straightforward, given that many states are signatories to international conventions requiring the enforcement of foreign arbitral awards.

Q. How would you describe arbitration facilities and processes in your region? How do they compare internationally?

A: The United Arab Emirates (UAE) has several well-reputed arbitral institutions in the region, the most notable being the Dubai International Arbitration Centre (DIAC), the DIFC-LCIA Arbitration Centre and the Abu Dhabi Commercial Conciliation & Arbitration Centre (ADCCAC). Although perhaps not as prominent as other arbitral institutions such as the ICC, these are still popular venues for parties contracting in the Middle East and North Africa (MENA) region, as seen by their caseloads. The DIFC-LCIA has witnessed a steady rise in the number of cases annually registered with it since its foundation in 2008. Moreover, changes are being considered to ‘modernise’ regional arbitral centres to address the needs of the arbitration community. For example, the long-awaited new DIAC arbitration rules are expected to be published sometime soon.

Q. Have you seen any recent changes in arbitration rules in your region? If so, when will these be brought into force and how do you expect they will affect the arbitration process?

A: Several important legislative reforms governing arbitration have been introduced in the last few years, the most important of which was Federal Law No. 6 of 2018, the Federal Arbitration Law. This is the UAE’s first ‘standalone’ arbitration law and was designed to address many of the problems foreign and domestic parties faced when arbitrating in the country. The Federal Arbitration Law provides clarity to both parties and arbitrators, in addition to making the arbitral process more flexible and bringing it in line with modern practice. For example, it is no longer necessary for arbitral awards issued in domestic arbitrations to be physically signed by the arbitrators in the UAE. The Federal Arbitration Law has also streamlined the award enforcement process, imposing strict deadlines by which courts must ratify awards and opposing parties may file set aside actions. Finally, the Federal National Council, the UAE’s legislative body, amended Article 257 of the UAE Penal Code in 2018 which, for a brief period of time, provided for the imprisonment of arbitrators found to have acted contrary to the duty of objectivity and integrity when serving on an arbitral tribunal.

Q. How supportive are courts in your region in upholding and enforcing arbitral awards? Is the judiciary ‘arbitration friendly’?

A: The UAE was not traditionally considered an ‘arbitration friendly’ forum, as the judiciary did frequently set aside domestic awards and refuse to enforce foreign awards based on arguably trivial procedural grounds. However, this has changed following the enactment of the new Federal Arbitration Law, which envisages a more straightforward process for the enforcement of awards issued in the UAE. Under this law, a party seeking to enforce an award need only file an application with the competent Court of Appeal, which then has 60 days to enforce it, unless there are grounds which may call for the annulment of the award. Conversely, a party intending to challenge an award has only 30 days from the date the award was notified, or when opposing enforcement, to do so, after which such right becomes time barred. The recognition and enforcement of foreign awards has also become easier, and a court will not refuse enforcement merely because it may have ‘shared’ jurisdiction over the dispute with the arbitral tribunal, a ground which would have instead been sufficient to refuse enforcement before the enactment of the Federal Arbitration Law.

Q. What practical issues need to be dealt with when undertaking complex international, multi-jurisdictional arbitrations in your region?

A: Many of the practical issues parties from different jurisdictions faced when arbitrating in the UAE have been addressed by the new Federal Arbitration Law. Under the prior law, namely various provisions of the Civil Procedure Code, hearings in arbitrations seated in the UAE had to be physically conducted in the UAE. Furthermore, arbitral awards had to be physically signed in the UAE and risked not being enforced by the local courts if not done so. The Federal Arbitration Law has removed both requirements. Furthermore, the Federal Arbitration Law has also restricted the number of grounds for which a local court can refuse enforcement of an award issued in the UAE, namely to the grounds provided for under the UNCITRAL Model Law, which previously were wider under the Civil Procedure Code.

Q. Do you believe more companies should include arbitration provisions in their contract clauses at the outset of a commercial venture? What are some of the key considerations?

A: Often, companies involved in cross-border trade provide for arbitration in their contracts in the event of a dispute. However, this many not always be an option because some commercial disputes are simply not arbitral under UAE law, such as various categories of agency and distributorship agreements. Another scenario in which a dispute resolution clause in a contract might provide for litigation, rather than arbitration, is where there was a clear imbalance in bargaining power between the parties and the ‘stronger’ party is a UAE-based company. Furthermore, litigation may be preferable for parties where the amount in question is relatively insignificant, compared to the high arbitration costs, even for disputes involving small claims. However, except in these cases, arbitration is generally a more effective means of dispute resolution.

Q. Certain jurisdictions have made concerted efforts to improve their profile as a seat of arbitration in recent years. Do you expect the choice of viable arbitration venues to increase going forward?

A: The Federal Arbitration law has ‘modernised’ the UAE as an arbitral seat and should instil confidence in commercial entities that arbitrations will be conducted efficiently and that valid arbitral awards will be promptly enforced. Regarding a choice of arbitral venues in the region, it is unlikely that we will see an increase in their number, at least for the time being. There are already several arbitration centres present in the UAE, some of which do not administer many cases. One possible exception may be the rise in number of arbitral institutions which specialise in a particular industry, such as the Emirates Maritime Arbitration Centre (EMAC) which was founded in 2016.