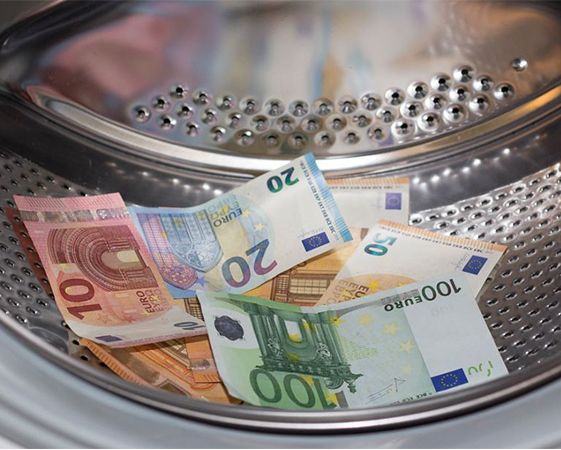 An exploration of the FATF evaluative process.

Origins of Money Laundering
The term money laundering (“ML“) is said to have its origins in the Mafia’s ownership of laundromats in the US, in the 1920’s and 1930’s.  Organised criminals purchased outwardly legitimate businesses and mixed their illicit earnings with the legitimate earnings from these businesses. Laundromats were chosen because they were cash businesses. ML, as a crime began to attract interest in the 1980s, essentially within a drug trafficking context due to an increased awareness of the huge profits generated from this criminal activity.
Financial Action Task Force (FATF) Recommendations
The Financial Action Task Force (“FATF“) was established by the 1989 G7 Summit in Paris to implement anti-money laundering (“AML“) and combating the financing of terrorism (“CFT“) measures. This inter-governmental body has now over 200 countries and jurisdictions involved, including the GCC. The UAE is also a member of MENAFATF which was established in 2004.
In order to ensure a coordinated global response to prevent organised crime, corruption and terrorism, this watchdog developed the FATF 40 Recommendations. These have evolved as the face of counter-terrorism and ML have become more sophisticated and include rules on weapons of mass destruction, corruption and wire transfers (FATF Recommendations, 2012).
First Mutual Evaluation Report
The Recommendations are used as an evaluative measure from the First Report that is conducted on a country, known as mutual evaluation (“ME“). After this is a ‘follow-up’ process, which addresses the deficiencies identified in the ME Report. The follow-up process can last for a number of years until a second round of ME reports are due. The UAE received its first ME report in 2008 and second in April, 2020.
Key findings of UAE ME Report, 2008
The UAE was found to be “compliant” with 5 of the FATF’s 40 key recommendations; “largely compliant” with 12; “partially compliant” with 16; and “non-compliant” with 7.
Although the FATF found the UAE’s systems to prevent criminal abuse “satisfactory”, a number of follow-up recommendations were made. These included, expanding the range of predicate offenses in the law; extending customer due diligence (“CDD”) requirements to Designated Non-Financial Businesses and Professions (“DNFBPs”); clarifying the bases upon which suspicious activities/transactions are expected to be reported;  and providing greater powers to enforcement authorities. As a result of the first ME Report findings, the UAE was then placed in a regular follow-up process.
Amendments to UAE Law
The amendments to UAE law following the FATF Recommendations have been considerable. In April 2014, the UAE passed a draft law to amend Federal Law No. 4 of 2002 regarding the criminalisation of Money Laundering (“Former AML Law”). The law replaced 17/23 substantive articles of Former AML Law and added 3 new provisions. This marked a clear attempt by the legislators that the UAE would not tolerate financial crimes.
The second substantial enhancement to the UAE AML law was “Federal Law No. 20 of 2018 on Anti-Money Laundering, Combating the Financing of Terrorism and Financing of Illegal Organisations” issued in October 2018. This law established a legal framework for AML/CFT further and provided greater investigative powers and channels to collect and use financial intelligence including provision of grounds for ‘controlled delivery’, whereby authorities were permitted to allow criminal transactions to proceed in order to trace their flow and identify other actors within the criminal network. The marked a shift from merely collecting data to taking a more pro-active approach.
The AML Law was further bolstered by the simultaneous introduction of a raft of other legislation in the UAE including at a Federal level; a new Central Bank Law (“Federal Law No. 14 of 2018“), a new Foreign Direct Investment (FDI) law (“Federal Law No. 19 of 2018“), as well as sector specific protections such as the new regulations for the Banking sector to cover risk management and internal controls and compliance.
These amendments were viewed as a critical step to ensure the UAE avoided a key criticism prevalent in other FATF evaluations which was that practical measures fall behind technical compliance with the 40 Recommendations and updated defences are largely symbolic.
Key Findings of UAE ME Report, 2020
By 2020, the UAE was found to be “compliant” with 11 of the FATF’s 40 key recommendations; “largely compliant” with 23; and “partially compliant” with 6; and all instances of non-compliance had been eliminated. The FATF judged that the UAE had clearly increased its commitment to AML/CFT measures. Notably, the FATF praised the UAE for drafting a National Risk Assessment (NRA) in advance of its 2020 review. However, the FATF also emphasised that the effectiveness of this system was not yet fully evident and urged the UAE to ensure that its new requirements are “implemented comprehensively and consistently” Particular improvements were needed in the four areas where the UAE’s effectiveness was ranked “low” (rather than “moderate” or “substantial”) including:
- International cooperation
- Money laundering investigation and prosecution
- Proliferation financing (PF) sanctions
- Legal persons and arrangements
This was especially required in higher risk sectors such as money transfer, precious stone trade and real estate.
Real Estate
Certainly, the real estate sector has come under scrutiny in recent years given its exposure to cash transactions and international clientele. Indeed, investigations published by the Organised Crime and Corruption Reporting Project (OCCRP) and Centre for Advanced Defence Studies (C4ADS) in 2018 revealed the extent to which organised crime figures are laundering cash in Dubai’s property market. The C4ADS identified “44 properties worth approximately $28.2 million directly associated with sanctioned individuals, as well as 37 properties worth approximately $78.8 million within their expanded networks” in the emirate.

In light of these problematic figures, Transparency International (anti-corruption watchdog) have urged authorities to improve “enforcement and oversight” of real estate transactions. More specifically, companies purchasing property should be required to disclose their beneficial ownership information and failures to submit Suspicious Transaction Reports (STR) should be punished. The FATF echoed Transparency International’s criticism of inadequate STR reporting by real estate and other DNFPBs citing patchy intelligence input as a key factor behind the low number of ML investigations conducted in the UAE.
Key Risks
The Report acknowledged that the UAE is a regional trading and business hub with a large financial services industry. Based on the previous NRA issued by the UAE’s heads of government, FATF categorised eight unique risks:
1. International ML/TF risk through real estate, high value goods and informal money transfers.
2. The magnitude of cross border transactions undertaken by mainland banks and the differences in beneficial ownership (BO) information required across the financial free zones.
3. Money Value Transfer Services (MVTS) which make tracing the source of a transaction difficult to identify.
4. The UAE is a cash-intensive economy and there are significant risks associated with the cross-border movement of cash.
5. There are different company formation procedures across the UAE and its free zones which provide opportunities for regulatory arbitrage.
6. In total, there are 105 relevant AML/CFT competent authorities in the UAE which presents problems in coordinating action and sharing necessary information.
7. The precious metals and stones sector accounts for a significant portion of economic activity and is at risk of ML/TF owing to transfer of cash into these easily transportable goods.
8. The UAE’s close proximity to regional conflict zones, coupled with their position as a regional banking hub increases the risk of exposure to TF.
Priority Actions
The FATF identified priority actions for the UAE to strengthen its AML/ CFT systems including:
- Improve understanding of financial crime.
- Review risk frameworks and develop a consistent referral mechanism.
- Improve awareness of financial sanctions.
- Enhance enforcement of judgments against financial criminals.
- Enhance use of financial intelligence.
- Effective implementation of the New AML Law, 2018.
- Compliance with a proposed National Economic Register to improve beneficial ownership.
- Enhance guidance for DNFBP’s on sanctions and due diligence.
Conclusion
The FATF’s latest ME of the UAE is considerably more positive than the previous assessment, published in 2008  with the FATF commending the UAE for significant improvement in its AML/CFT measures. As previously discussed, major amendments have been introduced to improve UAE law so that the law is more in line with the FATF Recommendations. However, further action needs to be taken so that the UAE can further its understanding of financial crime and enhance financial intelligence systems at a national level. Given that the UAE has shown a proactive commitment to combatting financial crime, it is anticipated that this will continue to remain a key priority for the UAE.