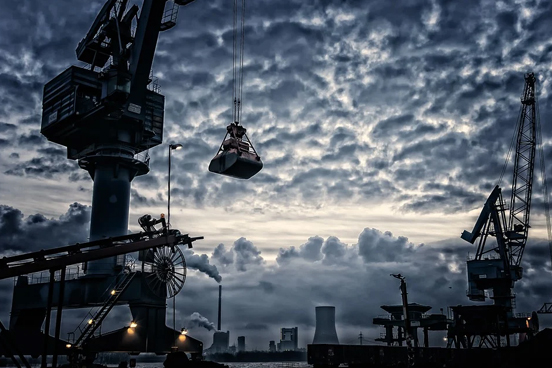 One of the greatest dangers facing the contractor in a project is a call on a bank guarantee by the employer. This has the potential to cripple the contractor economically: the value of such guarantees is often significant (on average, ten percent of the total contract price) and these monies are needed by the contractor to finance the completion of the project works. Such sums may also be used by the contractor to prepare bids for other projects and are therefore important for the contractor’s very economic survival, now more than ever as Covid-19 has brought the construction sector to a gruelling halt. Most guarantees are unconditional and payable on demand, meaning that the bank issuing the guarantee will pay out the funds regardless of whether the employer’s grounds for the call are well-founded (provided, however, that the employer adheres to all procedural formalities when demanding payment). Even if a call on the bank guarantee is deemed unlawful by the competent court (or arbitral tribunal), it might take the contractor several years before such sums are reimbursed. It is imperative that, upon receiving notice of a call on a bank guarantee, the contractor act swiftly to enjoin a bank from paying out on the financial instrument (by way of a precautionary attachment) as the bank will otherwise release the funds to the employer within five to seven working days. Time is therefore of the essence and the contractor cannot afford to take any missteps when filing a precautionary attachment because these can be fatal.

The first consideration to be made by the contractor when seeking a precautionary attachment is filing with the correct court. The competent court having jurisdiction to entertain the application, in fact, will depend on whether there is an arbitration agreement between the contractor and the employer in the underlying contract giving rise to the dispute.

Where there is an arbitration agreement between the parties and it falls within the ambit of Federal Law No. 6 of 2018 (the “UAE Federal Arbitration Law”), Article 18 of the Law requires the contractor to file its application for a precautionary attachment with Chief Justice of the Court of Appeal, either before or during the arbitral proceedings. It is important to note that, under Article 2, the Federal Arbitration Law will only apply to arbitrations that either: (i) are conducted in the UAE (save where the parties have agreed that another law will govern the proceedings); (ii) are conducted abroad where the parties have chosen the Federal Arbitration Law to apply; or (iii) arise from a dispute in respect of a legal relationship, whether contractual or not, governed by laws of the UAE.

A slightly different scenario arises where the parties agree for arbitration to take place pursuant to the DIFC-LCIA rules in the DIFC (i.e., a special economic zone in Dubai). The Dubai Courts have, in fact, established a rule that the DIFC Courts are the competent courts to order precautionary measures in accordance with Articles 7(1), 11 and 24(3) of the DIFC Law No. 1/2008 on Arbitration (the “DIFC Arbitration Law”) where the arbitral tribunal has yet to be constituted.

Instead, in cases in which there is no arbitration agreement between the parties (or where there is an arbitration agreement, yet Federal Arbitration Law does not apply), the contractor will need to file its precautionary attachment application with the Court of First Instance in accordance with Article 22 of Federal Law No. 11 of 1992 (the “UAE Civil Procedures Law”). Under this provision, the Court of First Instance have jurisdiction to order summary and precautionary measures which shall be executed in the United Arab Emirates even if it does not have jurisdiction over the substantive claim.

One common pitfall made by contractors is the legal ground upon which they based their precautionary attachment application, as some invoke Article 111 of Cabinet Decision No. 57 of 2018 (which amended provisions of the UAE Civil Procedures Law). Reference to this provision is incorrect: although Article 111 empowers a court to issue provisional seizures, it is a law of general application and does not govern where a specific legal provision applies, such as in the case of precautionary attachments of bank guarantees. Instead, Article 417(2) of Federal Law No. 18 of 1993 (the “UAE Commercial Code”) expressly provides that:

Such exceptional cases are always subject to the judge’s discretional assessment. A judge will often consider the legality of the call on the bank guarantee in light of whether the contractor has fulfilled its contractual obligations by completing the scope of work as prescribed in the contract or if it has outstanding payments that the employer is refusing to release. Such circumstances, if proven to the court, would strengthen the contractor’s pre-cautionary attachment application.

The contractor must also secure the precautionary attachment once successfully obtained by the competent court. Under Article 114 of Cabinet Decision No. 33 of 2020, the contractor will be obliged to file a substantive claim against the employer within eight days from receiving the order with the court or, where there is an arbitration agreement between the parties, file a request for arbitration within the same timeframe. Failure to do so will result in a loss of the precautionary attachment.

An order refusing the precautionary attachment order may be challenged by way of grievance with the court pursuant to Article 60 of Cabinet Decision No. 33 of 2020.  The grievance shall be decided either by affirmation, amendment, or cancellation of order. This judgment may be contested by appeal only, unless the judgment is delivered by the Court of Appeal.

In sum, a contractor must act quickly and decisively when given notice that the employer has called on a bank guarantee for a project. The contractor must promptly seek a pre-cautionary attachment from the correct court pursuant to the proper legal provision and, once obtained, confirm it by timely commencing an action against the employer (either by litigation or arbitration). Failure to do so may result in dire economic consequences for the contractor, which have the potential to endanger both the project and the contractor’s other business endeavours.