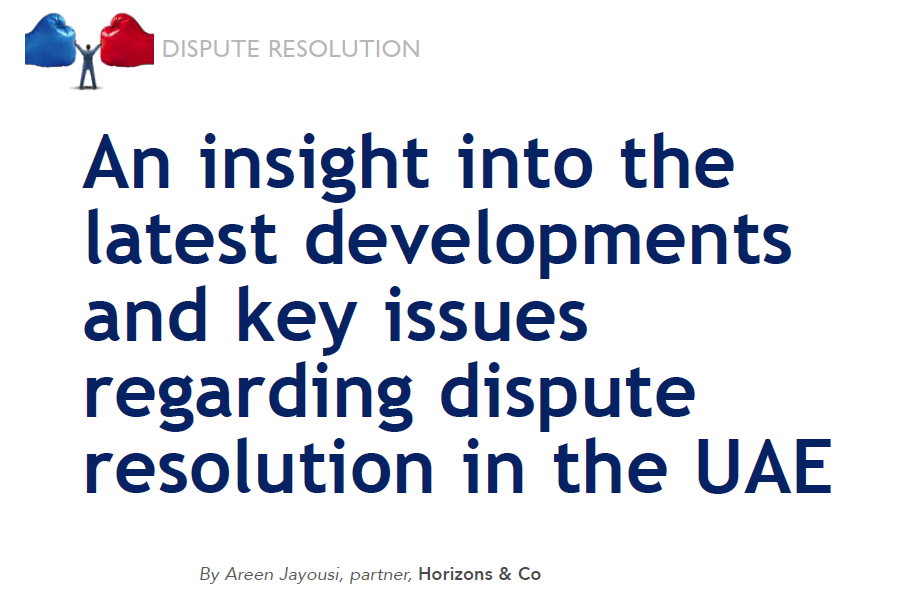 An Insight into the Latest Developments and Key Issues Regarding Dispute Resolution in the UAE as published in Asian-Mena Counsel Magazine, Volume 15 Issue 9, 2018. Areen Jayousi, Partner.

The most significant development in dispute resolution in the UAE, without a doubt, is the recent promulgation of the UAE’s standalone Arbitration Law. Law 6 of 2018 officially brings into place a UNCITRAL modelled law which significantly improves the UAE legal regime on arbitration and formally repeals the previous provisions on arbitration in the UAE Civil Procedure Code.