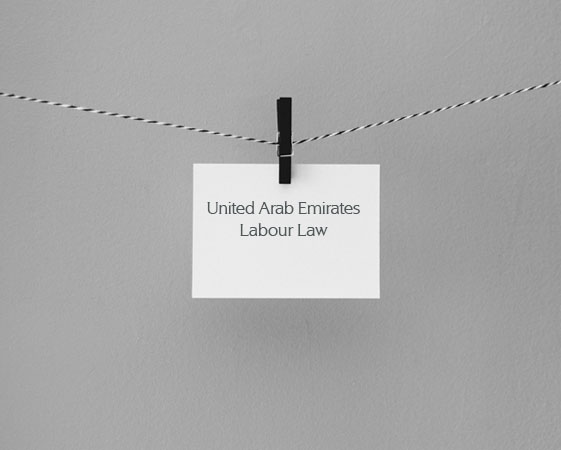 Since 1980, the vast majority of UAE labour contractual relationships and disputes are governed by the Federal Law No. 8 of 1980, often referred to as the labour Law.
This law was initially established to govern the contractual relationships as per the economic, political and investment situation and circumstances at that time. However, as the UAE is always keen to update its regulations, new measure have been introduced. The new rules primarily focus on making contractual obligations between employers and workers more equal in today’s current climate and encourage a working environment which promotes equal opportunities and prohibit discrimination e.g. under the new labour law, women are permitted to keep and return to their occupations after pregnancy. Furthermore, the new rules are focused on increasing opportunity for local Emiratis in the market in order to provide them with more opportunity.
The amended articles (new decree by the President His Highness Shaikh Khalifa Bin Zayed Al Nahyan) and listed below and key changes from the amended articles will be listed below:
A) Emiratisation.
Article 42 was replaced by virtue of Article 2 of Federal Decree-Law No. 6/2019 dated 29/08/2019, and the amended part is as follows:
The firm shall abide by the rules, decisions and regulations issued by the Minister of Human Resources and Emiratisation to train nationals. The Minister of Human Resources and Emiratisation or his representative may determine the firms that shall abide by the above-mentioned training, the training duration and the rights and obligations of each of the trainee and the firm.
Thus, the amended decree has focused on granting more opportunities to the UAE nationals by providing them with professional contract. This means that the UAE nations will be more evolved in the workforce. This is also the intention of the amended Article 191 which was replaced by virtue of Article 2 of Federal Decree-Law No. 6/2019 dated 29/08/2019, which reads as follows:
Notwithstanding the provisions of this Law, the Cabinet may, upon the suggestion of the Minister of Human Resources and Emiratisation, issue the following decisions:
1- The decisions that promote the participation of the State nationals in the labour market.
2- Regulating the employment of workers at the firm.
B) Discrimination:
The abovementioned decree, prohibiting any discrimination between employees which would affect grating an equal opportunities or prejudice equal access to and continuity of employment and enjoyment of their rights, which is put the UAE a head of the other gulf counties as the UAE is always trying to provide the most suitable workplace for the employees from more than 200 countries, as Article 7 which reads as follows:
Discrimination shall be prohibited among persons, which may weaken equal opportunities or prejudice equal access to jobs, continuity of employment and enjoyment of rights. Discrimination shall also be prohibited in the jobs with single functions.
C) Female Employment:
For many years, it was the norm that employers would terminate pregnant employees in order to avoid the fulfilment of their obligations toward those employees during the pregnancy period as per the labour law –- e,g a pregnant employee was entitled to 45 days maternity leave with full pay  including pre- and postnatal periods.
The new decree states that ‘’ the employer shall not terminate the service of the working woman or give her notice thereof because of her pregnancy’’. In this case, the termination of service shall be considered arbitrary under article 122 of the Labour Law, according to article 30 of the UAE Labour Law.
This provides protection to pregnant employees and will stop employers from applying such the aforementioned termination as this would be considered arbitrary dismissal.
Furthermore, the new decree deleted Articles 27, 28 by virtue of Article 4 of Federal Decree-Law No. 6/2019 dated 29/08/2019.
Accordingly, as per the new decree, women are allowed to work at night (during night shifts) which for sure will have positively effects on the work e.g.  Flexibility in work production. It also provides new opportunities for women to apply to a wider amount of job vacancies which was previously forbidden under the now deleted articles mentioned above. Women’s empowerment and gender equality is a key target in the UAE’s national strategy which is aimed to be achieved by 2021.