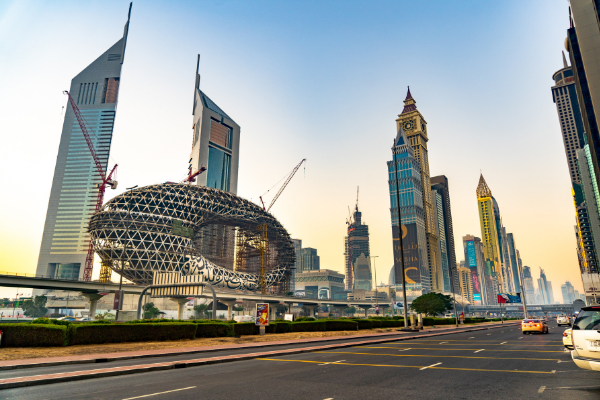 Under a new criminal order, Decision No. 88 of 2017, issued by the Dubai Attorney General Essam Al Humaidan, Dubai residents can now forget any fear they previously had of ending up being imprisoned due to a bounced cheque, a minor offence or misdemeanor, or cursing at someone in a in a presumed moment of anger.

It is a step towards improvement and betterment of the community, as well as a relief to Dubai Criminal Courts which have been overwhelmed during the past decade. Decision No. 88 of 2017 grants public prosecutors the ability to replace court trials and jail sentences with financial penalties in certain misdemeanor and minor offences.

The list of misdemeanors is limited to certain offences including bounced cheques capped by an amount of AED 200,000, failing to pay food bills, car finance or residential rent, defamation and cursing (excluding government sector employees), attempted suicide and disturbing people through the use of telecommunication systems.

The new criminal order lists the offences and violations exclusively in which a jail sentence shall be replaced by a financial fine, once proven guilty, as the following:

-  In case of not paying for food bills, car rental, and residential rent in which the unpaid value does not exceed AED 20,000, a fine of AED 2000 shall be imposed.

-  In case an act of defaming or cursing was committed, excluding public sector employees, a fine of AED 2000 shall be imposed on the responsible person.

-  In case of any attempt of suicide a fine of AED 1000 shall be imposed on the person.

-  In case of disturbing people through the use of any telecommunication system a fine of AED 2000 shall be imposed on the person behind the act of disturbance.

Besides relieving the Criminal Courts from the heavy burden of an extensive number of cases in Dubai, Decision No. 88 of 2017 found a solution to the hindrances and delays in court proceedings. Litigants would wait for months, whilst banned from travelling, before a court would preside over their case and eventually put them behind bars. Offenders will now be fined by the Public Prosecution, rather than referring them to trials, which will save time and expenses including legal and court fees.

Dubai has always been an international tourist hub therefore Decision No. 88 of 2017 has had an impact on tourism as well. At Horizons & Co Law Firm, we previously witnessed several cases where tourists were trapped in Dubai for months, due to a travel ban caused by minor offences committed. Decision No. 88 of 2017 will undoubtedly assure tourists that, should they be found guilty, they will only be subject to a financial penalty avoiding any time behind bars.

In conclusion, it is noteworthy to mention that imposing fines rather than jail sentences will encourage people to stay in Dubai and settle their debts rather than fleeing under the threat of imprisonment, which shall accordingly reduce the number of absconders. Surely a win-win situation for both parties.

For queries or advice regarding misdemeanors and minor offences you can contact our criminal law specialists on 04 354 4444 or at [email protected].