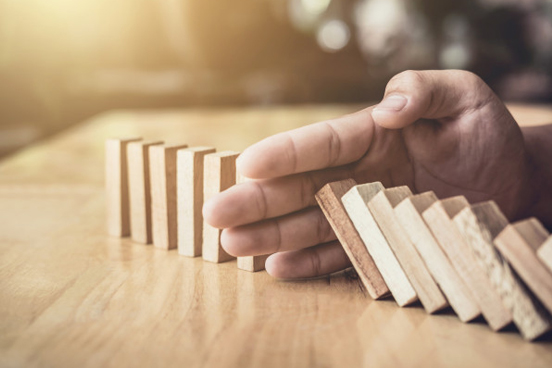 Possibly the most prevalent dispute faced is that of a breach of contract. However, one can only seek damages from the other contractual party. What then occurs when you have worked tirelessly to close a deal, only for a third party to wrongfully, and intentionally, interfere with that contract? Such action would give rise to a claim of tortious interference.

Tortious interference occurs when a person intentionally damages another’s contractual or business relationship with a third party, resulting in economic harm. The legal principle typically vests in tort law. Whether such a tort exists under UAE civil law is a matter of legal interpretation.

Elements of a Tortious Interference Claim

The most common form of tortious interference occurs when an individual induces another to break a contract with a third party. This can occur in many ways, such as a below market counteroffer or threatening another into breaching their contract.

The general principles of tort law are found in Chapter 3 of the Civil Code:

The author of any tort, even if not discerning, shall be bound to repair the prejudice (emphasis added).

1-Tort shall be committed by perpetration or by causation.

2-If committed by perpetration, he is unconditionally bound to repair the prejudice and, if by causation, it is conditional upon transgression premeditation or if the act caused the prejudice […] (emphasis added).

If any person shall mislead another, he shall be liable for reparation of the prejudice resulting from misleading (emphasis added).

The Ministry of Justice Commentary (the “MOJ Commentary”) on Article 282 provides that there must be a causal relationship between the act and the harm (i.e., the damage). The harm/damage must have therefore occurred because of the act:

This article demonstrates succinctly and clearly the rule of liability for a harmful act in its three elements. Liability to make compensation will arise out of any harm done, and the harm can pertain to an act or a failure to act, and it must have arisen out of the damage, and there must be both the act (either positive or negative) and the harm, and then the causal relationship between them.

The imposition of a duty of care and the standard of that duty, depends upon the contextual situation. When assessing tortious interference, the judge will be asked to consider whether the defendant improperly interfered with the claimant’s contract with a third party.

The contextual scenario would therefore need to be examined, including the proximity/relationship between the defendant and claimant, the foresight not to harm others, as well as the alleged conduct, before it can be concluded that the defendant ‘harmed’ the victim.

Ultimately, it is the trial judge who has discretion in making the assessment of whether harm occurred (i.e., whether there was a duty of care and whether there was breach). This is confirmed by the commentary.

If the trial judge assesses that there is no breach of a duty of care (or improper interference), there can be no fault, accordingly there would be no harmful act and no claim.

There are three elements to establish a claim for compensation under UAE law, whether under tort or under contract, namely:

These three elements are well founded in UAE jurisprudence. As set out by the Court of Cassation:

It is well established by this Court that the liability, whether it is contractual or tortious, cannot materialize unless all of its three elements: breach/tort, damages and causality/the link between the damage and the breach/tort, are met. The compensation cannot be awarded unless all the elements are met.  As a result, it is not sufficient to hold the respondent liable and order it to pay compensation accordingly materialization of the element of the breach/tort alone without proving the element of the damage.  The burden of proof of the alleged damages lies upon the creditor.

When claiming compensation for loss suffered, one must ensure that it qualifies as a recoverable loss, pursuant to UAE law. Unlike claims for losses for contractual liability, consequential, and unforeseeable losses are recoverable under tortious liability. Article 293(1) of the Civil Code provides that:

Damages shall include moral damages. Shall be considered moral damages, trespassing against others in their freedom, honor, dignity reputation social standing or financial position.

Ordinarily, disputes involving contractual dealings do not give rise to any type of tort claim. While there appears to be no explicit provision akin to the common law doctrine of tortious interference under UAE law, an interpretation of the legislation suggests that a claim for tortious interference could lie within the realm of Article 285 of the Civil Code, should the court find that there had been ‘harm’.

Thus, should a claim arise, the court will be tasked to interpret the applicable legal principles and decipher whether a third party’s acts fall under fair competition, or unlawful (tortious) interference with the intention to harm.