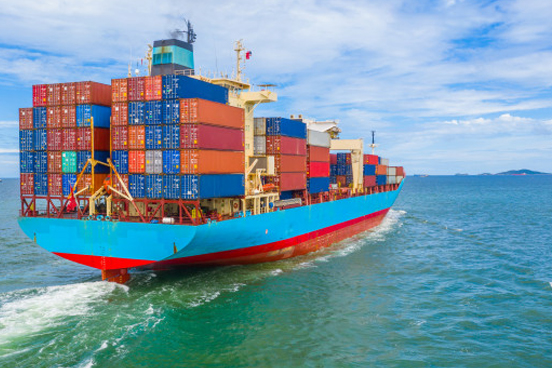 The Maritime Flag is a flag designated for use on ships, boats, and other watercraft. Naval flags are considered important at sea and the rules and regulations for flying flags are strictly enforced.  The flag of the ship represents the nationality of the ship, i.e. the ship is under the control of the registered country.  Based on the ship's flag, the ship must comply with international and maritime law of the registered country in the open sea and It can be used in a variety of ocean conflicts.

After signing up to a flag, the laws of that country are conferred on the vessel and each country is responsible for ships flying their flag. This includes ensuring that ships conform to relevant international standards - through survey and certification of ships, says the IMO. Flag countries sign up to international maritime treaties and are responsible for enforcing them, with rules set by the IMO in regard to the construction, design, equipment and manning of ships. Under the United Nations Convention for the Law of the Sea, flag states are required to take measures for ensuring safety at sea.

A 'flag of convenience' regards the registration of a ship in a state different from that of the ship's owners. Ships registered under the flags of the Convenience can often reduce operating costs or avoid the restrictions of the owner's country. To achieve that, a shipowner will find a country with an open registry or a country that allows ships owned by foreign firms to be registered. A ship operates in accordance with the laws of its flag state, so ship owners often register with other flags, aiming for less control, lower administrative fees, and more friendly heart ports. However, many countries with open registries face criticism for having substandard regulations. Many ship owners are allowed to remain legally anonymous in open registry systems, making it difficult to identify and prosecute legal proceedings. What’s more, some ships with flags with active flags are involved in criminal activity, detecting substandard working conditions, pollution incidents or illegal fishing. Therefore, ships carrying these flags may be targeted for special enforcement when other countries invite them to one of the host country's ports.

The UAE Maritime Trade Law (Federal Law no.26 of 1981, as amended) regulates all shipping practices with in the UAE. The regulatory body which primarily governs maritime activities in the UAE on a federal level is the Federal Transport Authority (FTA). In Dubai, the Dubai Maritime City Authority (DMCA) is the government authority in charge of regulating, co-ordinating and supervising all aspects of Dubai’s maritime sector.

There are different procedures under UAE law for registering commercial vessels. Registration types include temporary registration, permanent registration, and registration of a ship under construction. No procedure is available for bearboat-charter registration. A ship must be owned by a UAE national in order to be registered in the UAE. The UAE Maritime Law (Federal Law No 26 of 1981) prohibits non-national ships from engaging in coastal navigation between the UAE ports.

However, Article 16(2) of the UAE Maritime Law provides an exception to this rule and provides that it is allowed to license foreign vessels to undertake this activity for set periods and on certain terms and conditions as the Ministry of Transportation decides after consulting the various appropriate authorities. Whether a vessel is leaving or joining the UAE flag, the UAE ship registry requires or is required to give or receive documents to or from other registries.

The UAE Maritime Law provides for the government’s right to requisition vessels in very limited circumstances, such as in the event that a vessel is operated under the UAE flag while she is not properly registered with the ship registry, also when a UAE-flagged vessel is sold to a foreign person/entity without following certain formalities to obtain the approval of the UAE Flag.

There is no specialist maritime court in the UAE. Unless otherwise agreed by the parties under a contract, the UAE civil courts of first instance in the relevant emirate presently possess exclusive jurisdiction over maritime matters that do not have a criminal aspect pertaining to them.

As previously mentioned, there are no specialist maritime courts in the UAE. The following criteria governing the recognition and enforcement of foreign judgments apply under UAE law:

The UAE is also a signatory to a limited number of international treaties facilitating the enforcement process for judgments originating from the signatory states.

The UAE is a signatory to the 1958 New York Convention on the recognition and enforcement of foreign arbitral awards.

The UAE ratified the 1976 Limitation of Liability Convention in 1977 (LLMC 76). However, the UAE Maritime Law predates the ratification of the Convention and has not been amended, so uncertainty remains as to how the Convention shall apply in each particular case. Recent cases indicate that the judges would apply the Convention in principle, but some procedural aspects remain unresolved. For example, the establishment of a limitation fund remains problematic.

Liability cannot be limited in respect of:

The limits of liability shall be calculated in accordance with LLMC 76, but the following UAE law limits can also apply:

The usual processes for ending a maritime claim include the judgment, settlement, performance, withdrawal of the claim, operation of a time bar and bankruptcy.

There is no income tax imposed on UAE or foreign-registered vessels.

The accounting requirements are set out in UAE Commercial Companies Law No 2 of 2015.