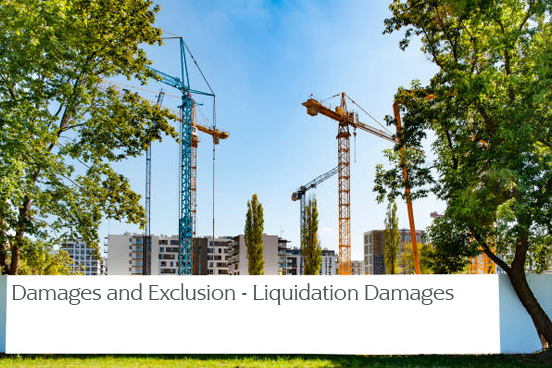 This Practice Note provides an overview of:

The award of damages is governed by the relevant provisions of Federal Law No. 5/1985.

The underlying principle concerning the award of damages in the UAE legal system is set out under Article 42(2), which provides that the “harm should be removed”. Articles 283, 292 and 293 explain the types of damages, and circumstances under which, these can be awarded. These provisions apply both in cases of tort and contract. More specifically, Article 292 provides that damages are designed to compensate the aggrieved party for the actual harm suffered as well as lost profits, with the exception that the latter will only be awarded where it can be shown that these were a natural consequence of the contractual breach (in the case of contractual disputes). Article 293, instead, allows for the award of moral damages under prescribed circumstances.

The award of contractual damages is also addressed in Article 386, which mandates that a party to a contract will be liable to pay damages to the aggrieved party for failure to perform a contractual obligation, unless the breaching party can establish that its performance was impeded due to causes beyond its control.

Courts in the UAE will therefore assess damages on the basis of the actual harm suffered by the aggrieved party (and not the perceived gain, if any, to the breaching party). In practice, the courts award damages for losses that were:

The aggrieved party must satisfy both criteria to recover damages, as losses that are only theoretical will not be awarded. Punitive or exemplary damages are not recognised under UAE law.

Article 389 empowers a judge (or arbitral tribunal) to assess the quantum of the damages to be awarded, where such sum is not fixed by contract or by law. In doing so, the judge shall consider the harm incurred by the aggrieved party.

Article 390 expressly recognises the principle of liquidated damages, which are commonly found in construction contracts between an employer and contractor (or between a contractor and its sub-contractor).

Article 390(1) provides that the parties can – by agreement – fix the damages due in the event of a contractual breach by the contractor (i.e., liquidated damages). This can be stipulated either in the contract or in a subsequent agreement between the parties.

Provisions for liquidated damages are valid in the UAE and the burden will be on the contractor (i.e., the breaching party) to establish that such clause should not be applied. A judge should enforce a liquidated damages agreement unless the contractor can demonstrate that no damages have been suffered by the employer (UAE Cassation Case No. 187 of 2016). Under such circumstances, the employer will only be entitled to recover those damages that it can actually prove were incurred as a result of the contractor’s breach.

Article 390(2) further establishes that the judge – upon request of either of the parties – can amend such agreement so that the damages awarded reflect the actual harm suffered by the aggrieved party. This is a mandatory provision of law that cannot be excluded by contract.  A judge therefore has the discretion to treat a liquidated damages clause in one of three ways:

Pursuant to Article 390(2), a judge can – upon request of either of the parties – either increase or decrease the damages awarded under a liquidated damages clause. When exercising such discretion, the judge will evaluate whether the harm was actually suffered by the employer and, if so, whether the pre-agreed estimate is commensurate to the loss. In Case No. 138 of 1994, the Dubai Court of Cassation held that:

The party seeking to deviate from the liquidated damages will bear the burden of proof.

Striking out a liquidated damages clause

A judge has the discretion to hold a liquidated damages clause unenforceable in two circumstances.

First, where the judge has determined that there has been no breach by the contractor (and hence damages are not due).

Second, where the aggrieved party (i.e., the Employer) has terminated (or seeks termination) of the contract. The payment of liquidated damages is considered an ancillary contractual obligation under UAE law, which becomes inoperative in the event the primary contractual obligation is terminated.  Put differently, an employer cannot seek an order asking for contract termination and the award of liquidated damages at the same time. This principle was explained by the Dubai Court of Cassation in Case No. 402 of 2004:

“Whereas this objection is valid, since the contract agreement is a contract that may be annulled as it is a contract of mutual commitments between the two parties and the agreement therein or thereafter is one of the party’s entitlement of the delay penalty against the other party is a penal condition makes the damage in the estimation of the two parties, the debtor only shall prove the non-achievement of the damage. If the contract agreement is annulled, the included penal condition shall be null, following to the fall of the original commitment of the contract nullification, therefore the agreed upon compensation shall not be considered”.